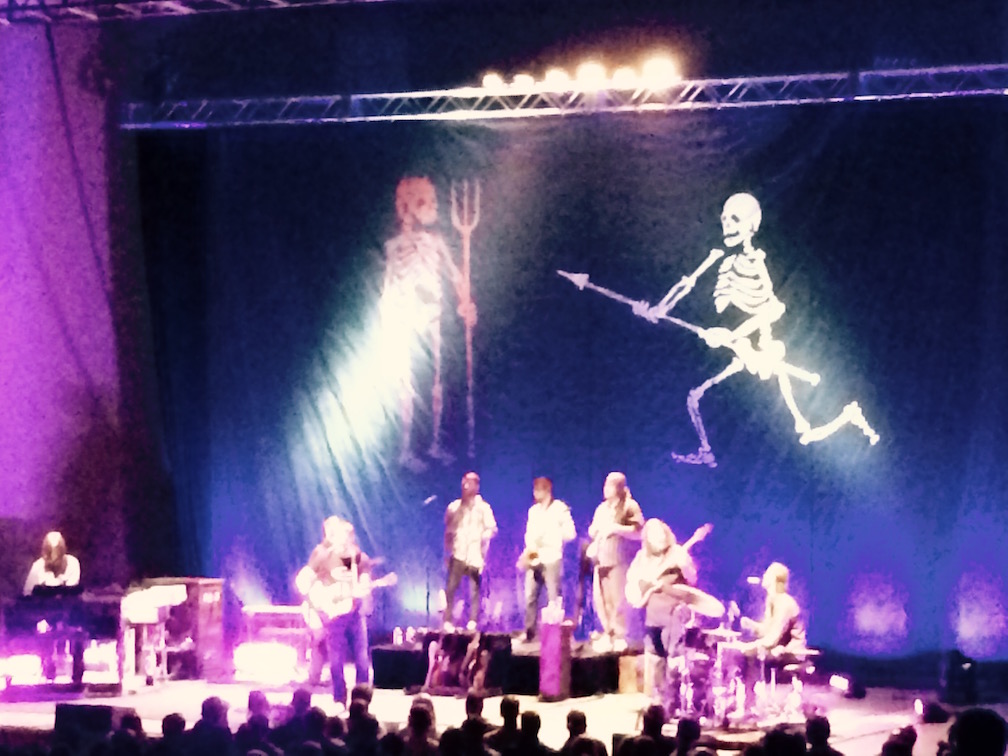 Too often country music today lends itself to critiques (or caricatures) that it is formulaic – or worse. But there are some acts shaking things up. You can tell by the pushback they get. Kacey Musgraves has social and political edge – and her live show is terrific. Jason Isbell and Amanda Shires Isbell are creative, authentic and hard to pigeonhole and Sturgill Simpson delightfully just doesn’t give a damn, speaks his mind, and acts like a man intending to use his second chance, which he is. At the moment there might be more energy to disrupt Americana music than American public education.

Anyway, Simpson passed through Washington, D.C. on October 11th to play D.A.R. Constitution Hall behind his new album, “A Sailor’s Guide to Earth.” My wife and I have seen Simpson before but he’s interesting enough you don’t want to miss the chance to see him again – even when Adele is also in town and not just because he’s ten percent of the price. Much of the weeknight show was material from his first two – independently produced – albums but later in his set he went deep into the “Sailor” songs with four horn players complementing his five-person act. Even with hay fever slowing him down Simpson still delivered a high-energy two-hour set.

They say Simpson is a “crossover” act – and the audience of country fans, young D.C. professionals, music nerds, and lumbersexuals in flannels, skinny jeans, and carefully tended beards spoke to his broad appeal. But as he got deep into his new album – a genuine concept album blending country storytelling with a funky sound – it was hard to miss some people leaving. If you came to hear material from Simpson’s debut “High Top Mountain,” then a Nirvana cover might be a bridge too far. In practice, crossing over means leaving someone behind. Simpson doesn’t seem to care. As he said while apologizing for his hoarse voice early in the show, “it doesn’t matter, we’re going to have a good time.” He’s living that.

The opener, the delightful Valerie June, had the opposite effect. Her set brought the audience along (and got stronger as it went). Like Simpson, June has clawed for what she has and she brings a contagious enthusiasm for being onstage. She also brings serious respect and reverence to the mountain music she plays and delivers on the banjo and guitar.  Rhiannon Giddens has rightly been getting a great deal of attention for her roots focused music and rich sense of history. June has a different sound but a similar tradition. Perhaps the true future of country is its old time roots interpreted through new talent.