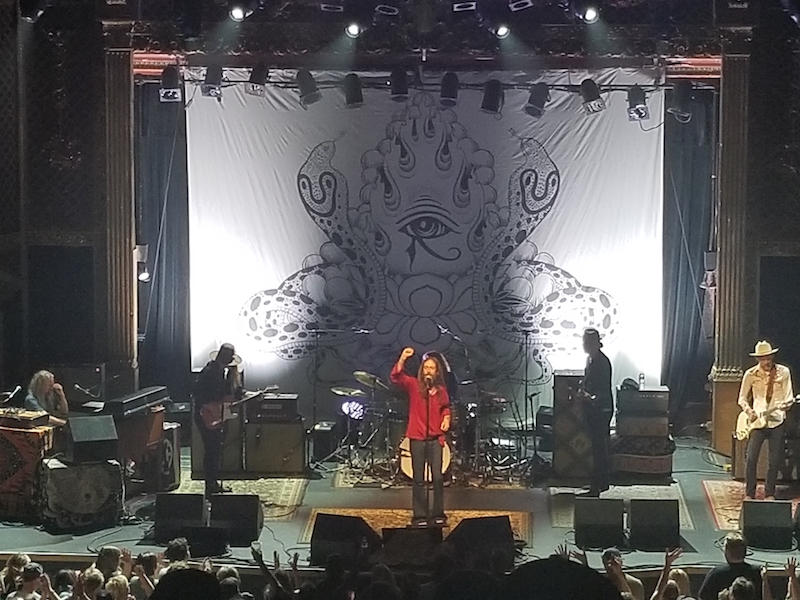 As The Crow Flies | Tim Taylor

As The Crow Flies is the new band led by Chris Robinson, former frontman for the Black Crowes. It’s been more than four years since the Crowes split and the 17 show tour scratches Robinson’s itch to sing Black Crowes songs with a band of aces for a “soulful rocking’ funky good time.”

As The Crow Flies is a supergroup of Black Cowes alumni and top-notch musicians. Leading up to the tour Robinson said, “If I haven’t sang She Talks to Angels for five years, I’m going to have fun singing it every night for a few weeks.”

True to form, the band opened with Remedy and played all the standards, including an incredible second half of the set featuring She Talks to Angels, Thorn in My Pride, Jealous Again and Hard to Handle consecutively.

The band delivered blistering, audience-pleasing jams on the classics, Wiser Time and Thorn in My Pride. It was good for the soul to hear Chris Robinson sing and see him dance barefoot to these songs again. The biggest disappointment was the lack of female backing vocals that are so much a part of the Black Crowes sound.

Besides the Black Crowes staples, the set included covers of the hippie-era anthem Almost Cut My Hair by Crosby Stills & Nash and an encore of Rock and Roll Hootchie Koo by Johnny Winter.

As an avid Crowes fan who has seen dozens of shows, As the Crow Flies is a welcome close-cousin of the original bird.

As The Crow Flies