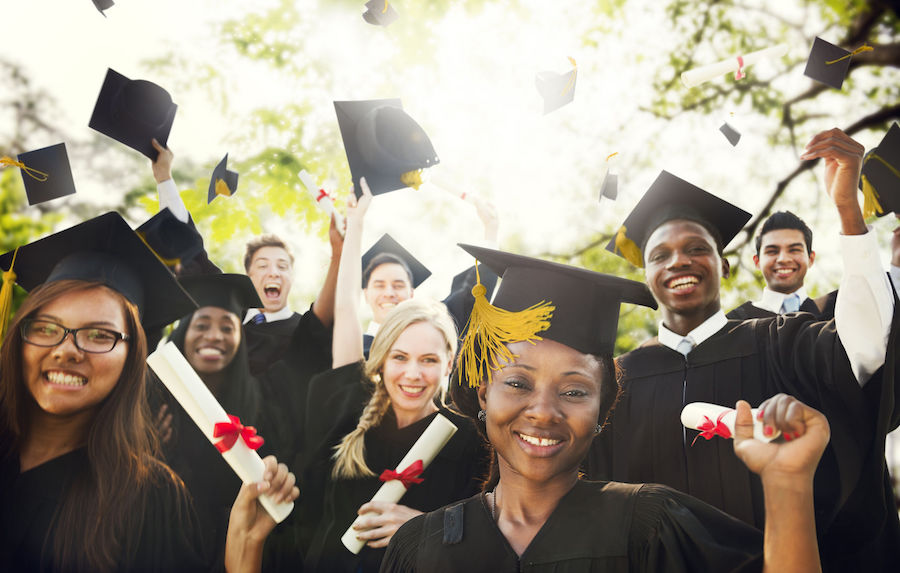 Today, news released that the national high school graduation rate has improved for the fourth year in a row, according to the Obama administration. Business leaders are taking a moment to acknowledge the progress. We want to congratulate our hard-working educators, and promptly resume our relentless demand for better student outcomes.

At America Succeeds, it’s our mission to elevate and expand America’s business voice for the continuous improvement of public education. It’s an ambitious venture to turn business leaders into education champions. But this is a necessary response to both the moral and economic imperative to ensure every child in the nation receives a quality education.

The 83.2% of students who completed high school on time in 2015 marks an important and praiseworthy step in the right direction. But we should not consider it a wholesale success or categorical victory. Not at all. There is still much work to do. More dropouts to prevent. More achievement gaps to close. More real-world value to build into the diploma. More high-caliber talent to attract into the field. More transparency and accountability to embed into the system.

Contrary to political competitiveness and media compulsions, the last thing the business community wants to do is quibble about who gets to take credit for these incremental improvements. Was it President George W. Bush whose No Child Left Behind policies pushed for more accountability? Was it President Barack Obama’s hard-charging Race to the Top program and his unwavering defense of higher standards? Doesn’t matter. What matters is that both of these presidents took the K-12 education bull by the horns. Really, they both made earnest and fruitful efforts toward substantive improvements.

It’s both these past presidents—spurred by the policy, advocacy, and organizing groups, as well as foundations and philanthropists—that keep education reform front and center at state capitols coast to coast. They have collectively contributed to the good news of today. And to continue this progress, these outside forces of constituent power must become even more vocal and active considering the political forecast.

No matter the outcome of this 2016 presidential election—be it Hillary Clinton or Donald Trump—we have no reason to expect K-12 education will be highly prioritized or particularly well managed in the next administration. In fact, we expect K-12 education to be largely marginalized at the Federal level for the foreseeable future.

Business Needs to Engage in Education

This means it’s even more critical for the business community to lead on educational innovation. They need to stay engaged in advocating better policy, be vigilant in protecting good policies that come under attack, and continue to represent the radical middle of the political spectrum. Those are the people willing to do what’s best for children despite ideological differences.

The trajectory of improved graduation rates, and the persistent gaps and disparities, are captured well by Alyson Klein. She reported in the Education Week article, Rate Hits Record High of 83.2 Percent: Should Obama Take Credit?

From the perspective of business leaders and employers who rely on the K-12 education system to prepare students for the 21st century workforce, this is cause for cautious, measured optimism. A small step in the right direction. But it also affirms the need for our continuous positive pressure. We’ll work until all students graduate high school with the knowledge, skills, and behaviors to succeed in the globally competitive economy.

Tim Taylor is Executive Director of America Succeeds. America Succeeds is a national network of non-partisan business organizations dedicated to improving educational outcomes for all students.