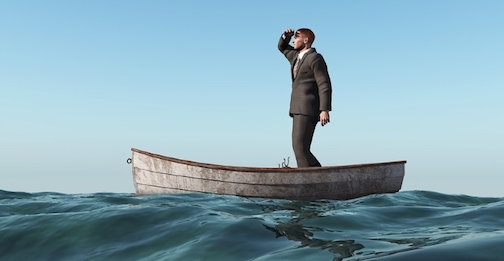 The plans states are drafting under the Every Student Success Act or ESSA (pronounced “ESS-UH”) are all the rage. It’s now been a month since the initial batch of ESSA plans (15 states and D.C.) was submitted to the U.S. Department of Education (there’s a second deadline, in mid-September, when the bulk of state plans will come in). This follows many months of confusion and uncertainty around the fate of the now defunct federal regulations promulgated under the previous administration. With the unceremonious deep-sixing of the regs, states were suddenly liberated (or set adrift, depending on your perspective) to craft plans on their own accord.

Some observers have been concerned about the impending lack of quality promised by these plans given recent signaling that the Feds might act as a rubber stamp. To address the need for some quality control in light of the unexpected vacuum, Bellwether Education Partners and the Collaborative for Student Success developed an independent review process, and I was thrilled to have a chance to participate.

As I arrived in D.C. last week to join an incredible cadre of peers for two-days of on-site meetings, I came prepared with comments and questions after many waking hours consumed by reading ESSA plans. The first day was kicked off by Bellwether’s Andy Rotherham and Chad Aldeman and the Collaborative’s Jim Cowen. Together, they set the stage for thoughtful discussion and analysis, recognizing the importance of the process and welcoming the diversity of opinions that would be brought to bear. After all, reviews tend to be more art than science, though the better ones find a way to leverage the push and pull of divergent thoughts into a final product that is truly valuable.

We spent the bulk of our time broken into, and switching between, smaller teams to further dig into each of the state plans. Early on, the group established a norm of approaching each plan with what one reviewer termed “the most respectful interpretation.” This lens was both important and useful because while each of us brought a critical eye, we also assumed good motive from each of the states, knowing that what we had in front us reflected months and months of planning, meetings, and sweat equity.

The process and tools developed by Bellwether optimized the consistency and quality of our feedback, though it begged a number of questions for me about what the Department has in store for the official review process. Will their rubric be made public? How about the names and bios of the reviewers? Will we have access to the feedback they provide? Given what we learned from the previous administration with analogous reviews of Race to the Top, School Improvement Grants, NCLB waivers, and the like, it’s surprising that those who have been clamoring for greater transparency and accountability from the federal government aren’t up in arms over what has to this point been an opaque undertaking.

For business leaders, transparency and accountability are two core principles that education leaders of all stripes would do well to adopt. When businesses struggle to fill job vacancies, it’s ultimately an education problem. As such, employers have a vested interest in ensuring states keep the bar high as they lay out their ESSA plans. My hope is that the feedback we provide is both rigorous and actionable – and results in stronger state plans. The Department should share similar ambitions as they begin their review.

Aspirations notwithstanding, there’s a pretty quick timeline here. The clock for this first round of states has already started ticking, as the Department has 120 days from the initial deadline to approve or deny a state’s plan (though they could elect to take no action at all, in which case a plan is also considered approved). Bellwether and the Collaborative are aiming to finalize and publish the work we did early next month, ahead of the federal review process.

Far be it from me to pre-empt what we observed about this initial round of submissions, but of the plans I personally reviewed, states invested considerable time and energy into stakeholder engagement. There was a shared commitment to expanding the scope of what schools focus on beyond reading and math, as reflected by some novel ideas around new measures states want to incorporate into their accountability systems. I thought one state in particular was smart to connect their long-term goals for K-12 with their state’s post-secondary goals for workforce readiness. We often lament the disconnect between K-12 and higher education, so it was refreshing to see a deliberate effort to bring the two worlds closer together.

Still, there’s a lot of room for improvement for states to ensure their plans are both clear and coherent. I found some to be either vague or timid, especially when it came to identifying and supporting the lowest-performing schools. At a time when states have more authority and latitude on education, they must keep their sights and expectations high – especially for those children who are too often marginalized in our country. Google’s Education Evangelist Jaime Casap sums it up best: “The students in our schools right now are being prepared for jobs that don’t yet exist, using technologies that haven’t been invented, in order to solve problems that we don’t even know are problems yet.” This is the reality our educators are confronting and it’s incumbent upon states to articulate plans that ensure schools and districts rise to the challenge of equipping all students with the knowledge, skills, and experiences to succeed.

While I’m confident in the product of the independent review that will be put forth in June, it’s hard to say how this first-round process as a whole will pan out. Word on the street is that – fear not, intrepid reader – many of these first-round submissions were returned to the states for additional revisions. To me, that’s a positive sign that in spite of some of the rhetoric, states will not be able to simply mail it in. That said, the jury is still out as to how the federal review process will ultimately handle this first batch of states and what this will mean when the second (and larger) batch comes in. We’ll all find out in short order. In the meantime, I’m looking forward to seeing the final Bellwether/Collaborative report next month. It’s an important project coming at a critical time as states chart their own course in this brave new post-NCLB world.