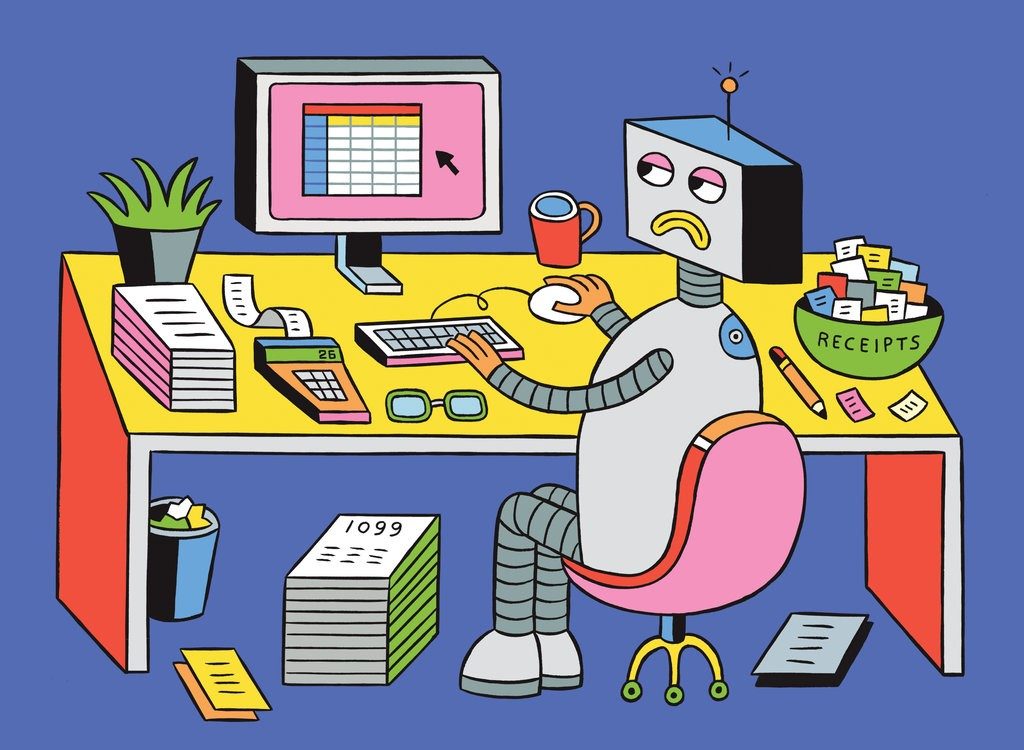 Don’t Fight the Robots. Tax Them.

Many companies invest in automation because the tax code encourages it, not because robots are more productive.

When Bill Gates floated the idea of imposing a tax on robots a couple of years ago, Lawrence Summers, a former top economic adviser to President Barack Obama, called the Microsoft co-founder “profoundly misguided.” How do you even define a robot to tax it? And taxing innovation is a sure way to make a country poorer. Europe has also rejected the idea. In 2017 the European Parliament soundly defeated a draft motion, proposed by its committee on legal affairs, that recommended considering a tax on the owners of robots to fund retraining programs for workers displaced by the machines and shore up the finances of their social security system.

And yet properly constructed, a tax on automation may not be as destructive as it sounds. South Korea, the most robotized country in the world, instituted a robot tax of sorts in 2018 when it reduced the tax deduction on business investments in automation.

There are two sound arguments for taxing robots. The easiest is this: Governments need the money. In the United States, income taxes account for half of the $3 trillion collected every year by the Internal Revenue Service; payroll taxes account for another third.

Imagine that the fears about robots taking over jobs actually come true. Two years ago, the McKinsey Global Institute found that the job functions that are “most susceptible to automation” in the United States account for 51 percent of the activities in the economy and $2.7 trillion worth of wages. The institute estimates “half of today’s work activities could be automated by 2055.” If that happens, hundreds of billions of tax dollars would be lost every year.

And at the same time that the rise of robots shrinks government tax revenue, the fallout from automation will place more demands on government services. The United States will probably need more money to retrain workers bumped from their jobs by automation, to give them a shot at a new one. Welfare rolls could grow, as millions of workers are displaced to the bottom end of the service economy, where wages are low and robots are scarce.

To afford any kind of government services in the robot era, governments will have to find something else to tax. Why not the robots themselves?

The case for taxing robots is stronger when you consider that a lot of automation these days is not deployed to enhance economic productivity. Instead, many businesses are investing in automation simply because the tax code is urging them to do so.

The purpose of taxing robots is not simply to stop them from killing jobs. It is to level the playing field, to ensure that investments in automation raise productivity.

“The tax system incentivizes automation even in cases where it is not otherwise efficient,” wrote Ryan Abbott and Bret Bogenschneider of the University of Surrey School of Law in Britain, in an analysis of tax policy toward automation in the United States and other rich countries. “The vast majority of tax revenues are now derived from labor income, so firms avoid taxes by eliminating employees.”

Daron Acemoglu, an economist at the Massachusetts Institute of Technology, explains that automation often produces benefits of dubious value to the business itself. More important, he suggests that the investment in technologies designed to replace workers has come at the expense of alternative investments that might find more productive uses for human labor. This may help explain the sluggishness in overall productivity growth across the economy.

One powerful reason that businesses deploy so many robots, despite their sometimes questionable contribution to the bottom line, is that automation is subsidized. “Subsidies induce firms to substitute capital for labor even when this is not socially cost-saving, though it is privately beneficial because of the subsidy,” Professor Acemoglu and his co-author, Pascual Restrepo, wrote.

The tax subsidies to robots are varied. For starters, machines don’t incur payroll taxes, which are used to fund Social Security and Medicare. For every worker replaced by a robot, the employer saves on payroll taxes. The federal tax code and many state governments allow companies to use “accelerated depreciation” for capital investments, which allows them to deduct the cost of their robots faster than they could deduct the wage of the payroll of the workers they replace.

This means that eliminating the tax break for robots would not hurt economic growth. It would, in fact, improve economic efficiency. By subsidizing capital investment, the government is encouraging businesses to use capital when they otherwise would not, to replace workers with machines. That might be rational for the individual business reaping the tax benefits. But as Professor Acemoglu put it, across the economy, this kind of spending on automation “shows up as a productivity loss.”

What’s more, curbing businesses’ pumped-up enthusiasm for robots might help mitigate the broader social costs of automation, which has flushed so many workers into unproductive occupations where cheap labor still holds an edge and knocked many more out of the labor force entirely.

What is the best way to change the tax incentives for robots? One solution would be to disallow accelerated depreciation for investments in automation. Professors Abbott and Bogenschneider propose that businesses with high levels of worker automation could have their tax depreciation automatically reduced beyond a certain threshold.

Businesses that use robots to replace workers could also be required to cover the payroll taxes of workers knocked out by automation, as proposed by the technology analyst William Meisel. A tax calibrated according to the ratio of a company’s profit to its employee compensation could match the wage taxes avoided by automation. Companies deploying robots could also be required to pay some kind of fee, just as employers that lay off workers must subsequently pay more into the unemployment insurance system.

In practice, taxing automation is likely to be difficult. Taxing robots would, first of all, require defining what robots are. Would a robot tax also apply to, say, machine tools? Regardless of where we drew the line, a robot tax could distort investment decisions in other ways.

Nonetheless, there is a wide gap between the way that the tax code treats human labor and the way it treats automation. The hole could be filled by reducing tax subsidies on capital investment altogether. Taxes on labor could also be reduced.

We may not want to tax innovation, but there is no reason to subsidize investments that are designed merely to take away jobs. At the very least, a tax on robots would force businesses to think harder about when and where to deploy them.

READ THE ARTICLE IN THE NEW YORK TIMES HERE.

Previous Post
Op-Ed: In Our Changing Economy, We Need Flexible Systems to Usher In an Age of Agility for Tomorrow’s Workforce
Next Post
Embedding Agility into Education: Agile Amped Podcast
Menu