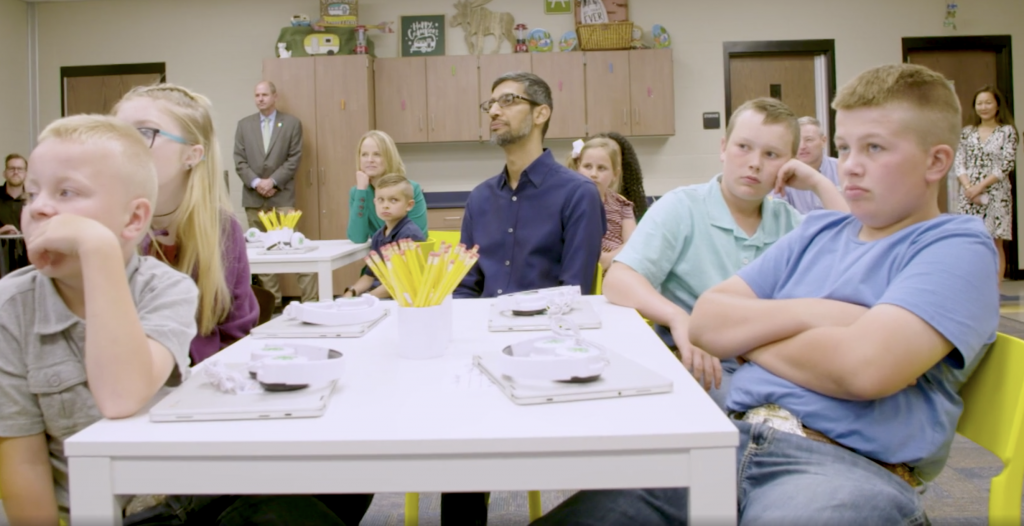 Google Invests in the Future of Technology, Preparing People for the Age of Agility

In a recent interview with CNN, Google CEO Sundar Pichai spoke about the rapid growth of technology nationwide. He also shared his perspective that the only way for people to accommodate the changes requires an investment into education for everyone. In other words, investing in better preparing students for the Age of Agility and aligning education pathways to future careers across the country.

Google Invests in the Age of Agility

Last week, Google announced a $600 million investment to expand their data center in Pryor, Oklahoma. The investment created an additional 100 jobs in the area. This announcement arrived alongside similar ones about funds granted to data centers in Michigan and Texas. In total, Google is investing $13 billion in data centers across the country. These numbers represent Google’s growth. In 1998, Google operated out of a garage and had only three employees, including the two founders. Twenty years later, they now have a presence in twenty-four states. Google’s parent company Alphabet employs over 100,000 people. No longer are tech jobs concentrated in isolated pockets like Silicon Valley. 2018 was the first year Google hired more people outside of California than in. These company trends are indicative of larger tech trends across the US.

As the workforce continues to evolve, Pichai emphasized the importance of continuing to adapt and learn throughout life. “Gone are those days when someone can learn something once and apply it for the rest of their lives,” says Pichai. Lifelong learning is not just an ideal, but an important necessity. Growth in technology and across the world requires similar growth from people.

In order to proactively tackle potential skill gaps among youths, Google has also pledged a $6 million grant to 4-H to expand its 4-H Computer Science Career Pathway Program. Their collaboration intends to focus on improving opportunities for children in rural America, for whom Pichai acknowledges exists a serious opportunity gap.

Learning to Code with 4-H

Decklan Thomas, a high schooler and a teen leader at 4-H in West Virginia, hadn’t realized how much computer science aligned with his interests. Then, he started learning how to code at 4-H. “I wanted to be a diesel mechanic mainly because it was something simple, you know ‘this wire looks burnt’ or ‘this fuse box is wrong’. It’s the same thing with coding, you just find the error. Then, you fix it and you created something amazing,” said Thomas.

Oftentimes, children that grow up in these rural areas have no exposure to advanced courses. They don’t always realize they could pursue higher education. Many expect to take on the same jobs as their parents or neighbors. However, many of these types of jobs are becoming lost to automation. Google’s collaboration with 4-H is an investment in education and the futures of these children, which is inevitably an investment into the future of the country and the world.

Now, Decklan Thomas sees so much potential within himself. “I can go get certified and be a diesel mechanic, but I can also go to college. I might want to be a biomedical engineer; might want to go to the navy instead.” His expanded perspective indicates how a youth education in computer science develops skills and thus boosts employability. It also increases self-confidence and empowers children and teens to actually believe in their endless capacity.

Check out CNN’s full interview with Sundar Pichai and how Google invests in the Age of Agility on their site here.