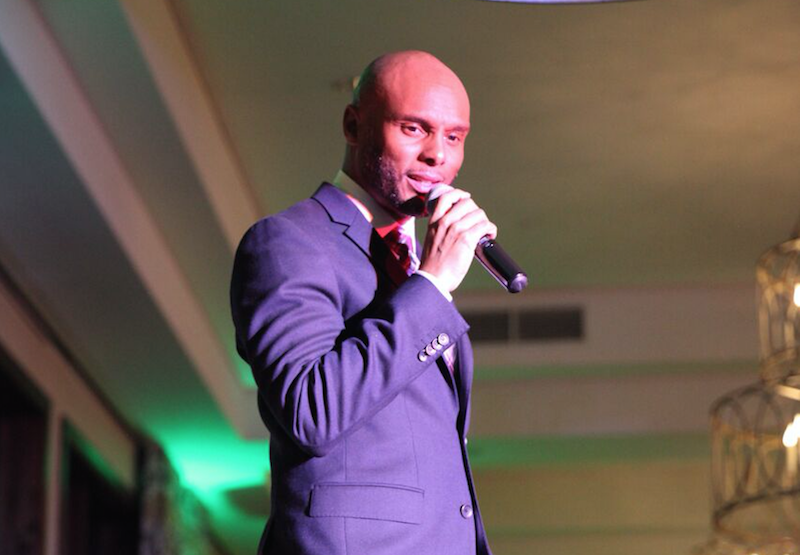 In a very intimate setting, Kenny Lattimore made us—a very grateful audience of about 200 people—feel like we were hanging out in his living room. That was possible for two reasons. First, Kenny is just that good at what he does. He is remarkably down to earth, despite his huge musical success. He set a mood as if we were all just gathering around the fireplace and singing songs together.

Secondly, that vibe was all the more authentic because of the venue. The Pinery has a well-earned reputation for having the best views, the best location, and the best amenities—considered southern Colorado’s premier destination for special events.

So how did Kenny Lattimore end up doing a small, private concert in Colorado Springs? Turns out he has a generous heart for charity and service. He gladly accepted the invitation of The Links, Incorporated to be their guest of honor. While the Colorado Springs chapter is relatively new, The Links is one of the nation’s oldest and largest volunteer service organizations, made up of extraordinary women who are “committed to enriching, sustaining and ensuring the culture and economic survival of African Americans and other persons of African ancestry.”

The event turned out to be just as it was billed – An Evening with Kenny Lattimore. He hung around after the show, signed autographs, took pictures, and had genuine conversations with all of us who he’d graciously converted from fans to friends.