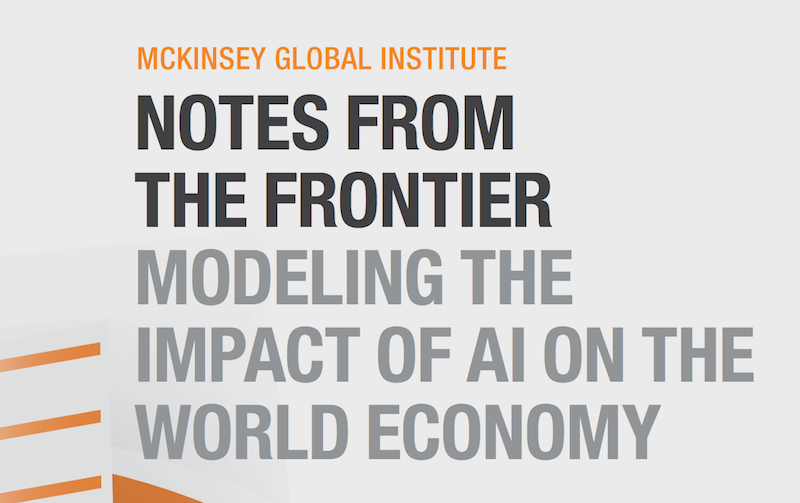 According to a new report by McKinsey Global Institute: “Artificial intelligence has large potential to contribute to global economic activity. But widening gaps among countries, companies, and workers will need to be managed to maximize the benefits.”

The magnitude of this technological and economic shift should not be underestimated. Looking at global GDP growth from the introduction of new general-purpose technologies, this is a historical comparison: “the introduction of steam engines during the 1800s boosted labor productivity by an estimated 0.3% a year, the impact from robots during the 1990s around 0.4%, and the spread of IT during the 2000s 0.6%.” However, additional global economic activity from the deployment of artificial intelligence is projected to be a whopping 1.2% a year, or 16% by 2030, amounting to $13 trillion.

The report is entitled Notes from the Frontier: Modeling the Impact of AI on the World Economy.