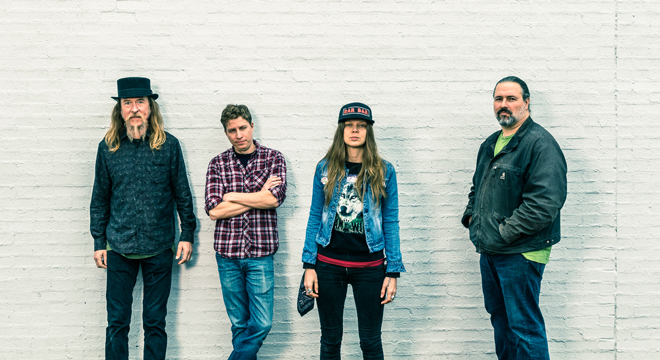 On Tour with Andy: Six Concert Reviews by Andy Rotherham

Need a break from the education debate? A lot of great acts on the road right now. Here are a few highlights from the first six months of 2019, sadly, and then happily, bookended by the incredibly talented Burbridge brothers.

Tedeschi Trucks Band, Warner Theater, February 23. When people ask who I think the best touring act is right now, it’s hands down TTB: Horns, rhythm, Susan Tedeschi’s voice, and Derek Truck’s guitar? C’mon. They have a broad catalog to draw on and their new album, Signs, and some gems. Mike Mattison is handling more vocal responsibilities and opened this show with Dr. John’s “I Walk On Guilded Splinters.” A bouquet of white flowers on the left side of the stage served as a sad reminder that TTB’s longtime keyboardist and D.C. native Kofi Burbridge passed the previous week. This band is made for tight theaters like Warner and although they were clearly hurting they put out a cathartic and powerful show including a standout Midnight in Harlem, raucous With A Little Help From My Friends, and a cover of Bobby “Blue” Bland’s Pity the Fool that highlighted how Tedeschi is not the minor partner in this deal. Shame seems like a song they should come play in D.C. on a daily basis and this night featured a good copy of it. They consistently hit the mark and are on the road this summer and then returning for their New York residency this fall.

Thunder and Lightning, Terrapin Crossroads, San Rafael, CA, March 21. Former Grateful Dead bassist Phil Lesh performs in various configurations at his laid back and reasonably priced Marin County venue. Great food and great music in a small room. This show was part of a two-night Thunder and Lightning run featuring guitarists Stu Allen, Scott Law, keyboardist Steve Molitz, and Scott Amendola on drums. Highlights included Rueben and Cherise, a really strong and funky Shakedown, a brave Days Between, and a scorching Bertha encore. Phil sang Box of Rain toward the end of the second set, that’s worth the price of admission alone.

Sarah Shook and the Disarmers, May 5th, The Southern Music Hall, Charlottesville, VA. If you put Amy Winehouse and Waylon Jennings in a blender you might get North Carolina-based Sarah Shook. She’s the genuine article of hard-charging Southern country rock and has a no BS straight-ahead sound and style with a great band behind her. If you don’t want to hear songs about whiskey-fueled mistakes then skip. If you want a stark reminder that bro-country doesn’t define the genre then this is an act you want to catch. Touring through July.

Jackie Greene, City Winery D.C., May 16th.  After Greene’s phenomenal debut album critics started anointing him the next Dylan. Why do that? It’s a ridiculous load to carry. Yet over the years Greene has settled into a comfortable style that cuts across a range of music. This night had the obligatory Dead covers (including a stunning piano-driven Brokedown Palace) but also Tom Petty songs and Greene’s own ample catalog. He played guitar, banjo, and piano as part of a stripped-down twosome.  A few more summer dates and then he’s on the road this fall and has a forthcoming live album.

Steve Earle & The Dukes, Birchmere, Alexandria Virginia, May 20th. An education friend had an extra ticket to Steve Earle’s Monday night D.C. stop on his current tour and asked if I wanted to join. Of course. Fun opening set from the Mastersons and then the full band worked through much of Earle’s new album honoring Guy Clark who died in 2016 and had a profound influence on Earle’s career. You get your money’s worth with these guys both in the number of songs they work through and passion they bring to it. Looking at the room they could probably phone it in on fan loyalty but do the opposite. They’re touring hard through the summer including some festival dates.

Dead & Company, June 26th, Bristow VA. After starting the year with the sad news about Kofi Burbridge it felt good to wrap up June up listening to his brother Oteil during the Dead & Company Summer Tour. John Mayer plays lead guitar, Burbridge on bass (and some percussion during drums) and Bay-area standout Jeff Chimenti is fantastic on piano and keyboards. They join former Grateful Dead bandmates, drummers Bill Kruetzman and Mickey Hart along with Bob Weir. It’s a band that works and delivers fresh takes on songs you’ve heard a lot over the years. Burbridge sang an absolutely lovely China Doll in the second set, a highlight of the show. Other standouts included a fun U.S. Blues, Dire Wolf, acoustic Bob Weir Peggy-O and Friend of the Devil, a punchy China Cat Sunflower and I Know You Rider, and an acoustic Mayer and Weir on the Ripple encore. A few more summer tour dates still happening.