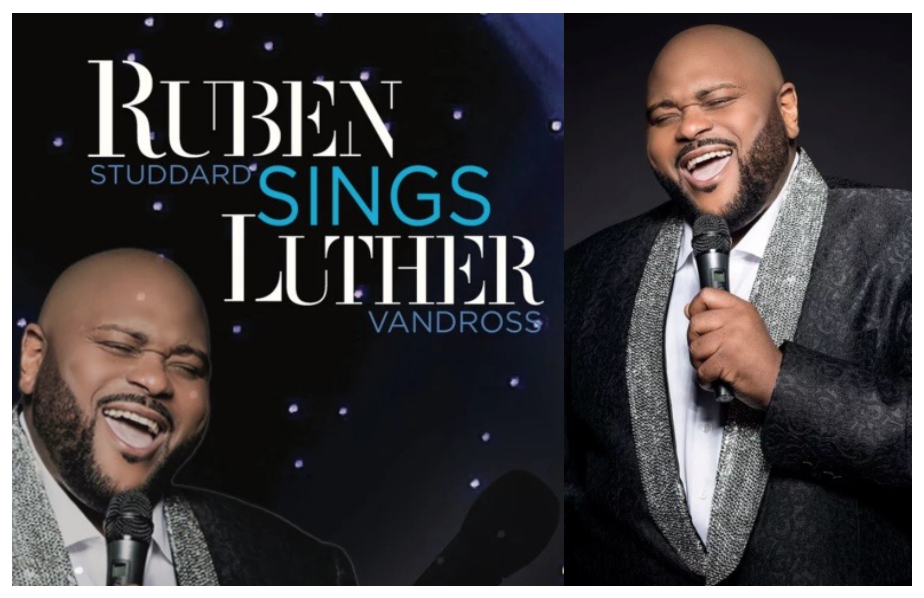 It’s a Wednesday night, and Ruben Studdard’s tribute concert is tucked in the basement of a quintessentially Colorado sports bar off of 1st Avenue. Walking in is like entering a sanctuary. The Soiled Dove is warm and intimate and filled with Black faces, many of them old enough to have experienced Luther’s entire career. The bar is high.

Sauntering to the mic in a Luther-esque concert suit, Ruben frames the evening with a telling remark.

“My mamma bugged me to do this album, and I did it because I love my mamma.”

Thus begins the experience. As it turns out, Ruben’s storytelling and comedic talents are just as much a part of the evening as his singing. Between songs he relates snapshots of his childhood, offering a window into his relationship with his mother and the moments when Luther’s music impacted his life. His memoiric approach is heartwarming, amusing, and resonant with a collective Black American experience that drew the crowd together in the first place.

His stories, though light-hearted, also unveil an underlying ambivalence in his relationship to Luther. He jokes about his mother’s irritating preference for Luther songs over his songs, the tedium of covering the same Luther song at countless weddings growing up, and his fans’ complaints about inevitably leaving some songs out of his tribute. At one point, members of the crowd yell “Lutherrrr!” and he retorts with “Rubennn!” – an ironic call for the space to be an individual, beyond his idol’s shadow.

The same ambivalence can be heard in Ruben’s musical performance. He has a natural voice for Luther songs—there’s no doubt about that. Sliding effortlessly between rich and airy tones, he can certainly pull them off. Still, something critical is missing. When Luther sings, his notes hang in the air. Every moment lingers. He’s got nowhere to be. It’s immersive, indulgent. Ruben sticks to shallower waters – pleasing, but lacking the soul-level commitment Luther delivers. After an hour, the concert wraps up and the crowd shuffles out. We’ve satisfied a craving, but there’s no need to hang back for a moment and let the experience sink in.

Still, there’s a lot to appreciate about Ruben’s tribute concert. His impulse to pay homage to a voice and legacy that shaped him is admirable, if somewhat reluctant. The delivery, though not transcendent, is gratifying. Most interestingly of all, he gives us an intimate individual portrait of a collective struggle: the attempt to find balance between honoring the pioneers of the past and pushing toward our future.

In this moment in our history, that pursuit couldn’t be more worthwhile.

GratefulEd thanks guest blogger Christin Whitener for her contribution.