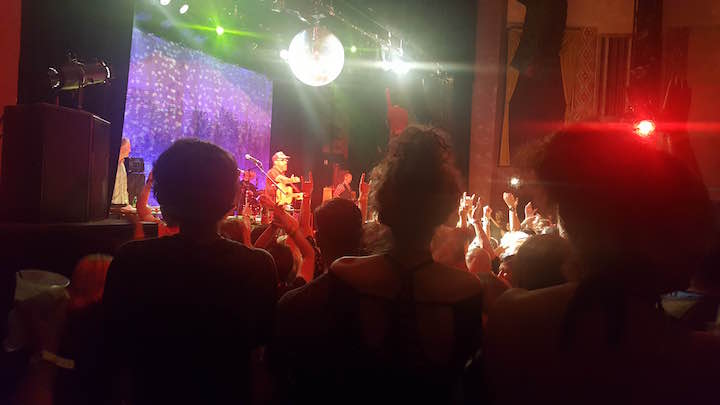 How do you afford your rock ‘n’ roll lifestyle / Is it you or your parents in this income tax bracket?

One of my proudest achievements in parenting is instilling a passion for music in my children. My son is big fan of 90’s alternative music and asked for tickets to see Cake at the Boulder Theater for his 15th birthday (photo of my son and his friend at the show).

It was billed as “an evening with Cake”, so there was no opening act. They played two sets, separated by a brief intermission, John McCrea, the leader singer told the crowd that “the format is so civilized it is almost like an opera… no, it is exactly like an opera”. His stage banter was frequent and witty and added to the fun of the show. The even gave away a tree to an audience member at the start of the second set – http://www.cakemusic.com/world/

You don’t see a rock ‘n’ roll band featuring a trumpet all that often and I had forgotten how many really good songs they have. If you are at all a fan of clever lyrics and alternative 90’s music it’s a worth revisiting their catalog.

Both sets were chock full of crowd favorites and plenty of audience participation. The highlights for me were fantastic renditions of “Rock ‘n’ Roll Lifestyle” and “Short Skirt / Long Jacket” which includes one of my favorite lyrics “With fingernails that shine like justice, and a voice that is dark like tinted glass”. My son loved hearing some of his faves including “Sheep Go To Heaven” and “Let Me Go”. Even as a casual fan I thought the music and entertainment value was a 9 out of 10. I highly recommend seeing them if you ever get the chance.

In a nod to the political season, the merch table had red baseball caps with white lettering that read, “Make America Cake Again”, and they were selling like hotcakes.