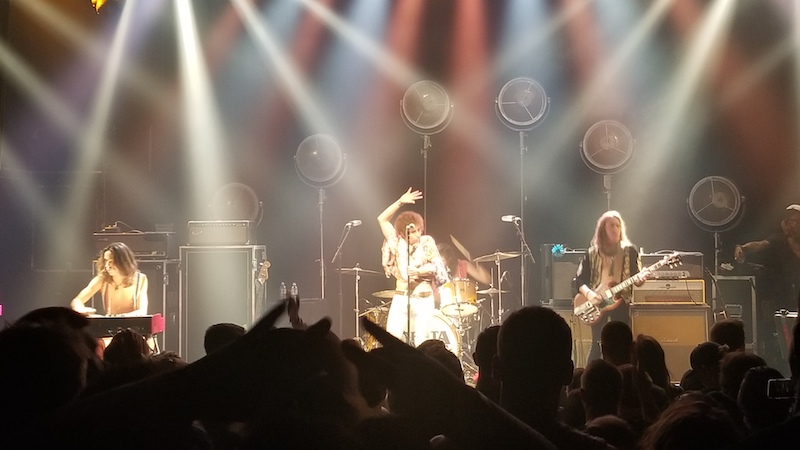 I had the opportunity to see Greta Van Fleet at the Fox Theater in Boulder as part of a private Triple A radio showcase event. The venue holds about 500 people and they’re not going to play to an audience that small again anytime soon. They’ve already sold out two nights in October at The Fillmore in Denver, which holds 3,900, and have a prime time slot at Austin City Limits Festival.

The audience was full of “mature” radio program directors from across the country and the band took them straight back to their musical heyday of the 1970’s. What makes this extraordinary is that for this band, unlike their audience, that era is ancient history. Lead singer, Josh Kiszka and his twin brother Jake on guitar, are just 22 years old, with their younger brother Sam on bass and family friend Danny Wagner on drums.

Greta Van Fleet has had a meteoric rise since releasing their first album, “From the Fires” in 2017. You can’t read a review without a comparison to Led Zeppelin and even Robert Plant has commented that they “remind me of someone I know very well.”

At the same time, their classic rock and roll sound, style and swagger have other recognizable influences and they definitely landed on their own style. They cite their parents extensive vinyl collection for their sound, but they’ve clearly also watched a lot of video of Freddie Mercury, one of the all-time greatest stage performers.

This was easily one of the most entertaining shows I’ve seen in a long time. The band exploded onto the stage with a blistering version of “Highway Tune,” showcasing Jake’s guitar work. The energy level never dipped and they blazed through “Edge of Darkness,” “Flower Power,” and newly released “When the Curtain Falls.”

The audience was totally hooked and it was great to see that the band was enjoying the experience. It was also easy to see why they received a rare standing ovation after a recent performance on The Tonight Show with Jimmy Fallon.

According to their Spotify profile: “Greta Van Fleet’s shared message with their music is to spread ‘peace, love and unity,’ and their collective goal is to have people walk out of their live shows feeling invigorated, energized and exhilarated, and to take that feeling out into the world.”