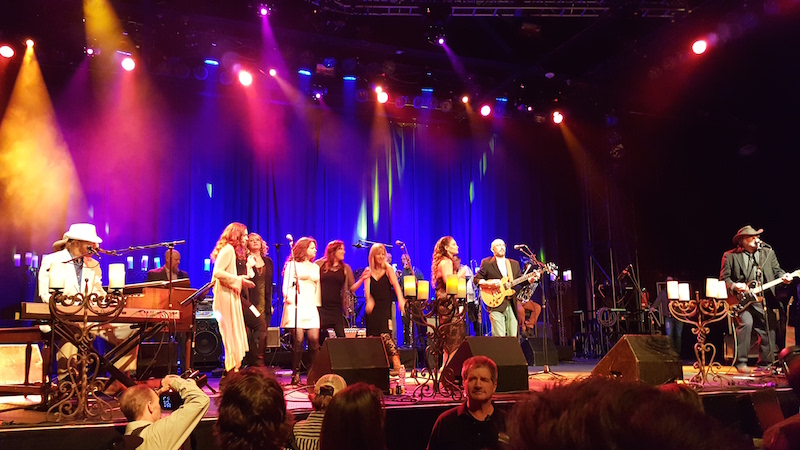 On Thanksgiving night 1976, The Band played their final concert, billed as The Last Waltz, at Winterland Ballroom in San Francisco. The Band was joined on stage by an extraordinary array of guests including Bob Dylan, Muddy Waters, Ringo Star, Van Morrison, Neil Diamond, Eric Clapton, Emmylou Harris, Neil Young and many more. The event was filmed by Martin Scorsese and released as a documentary which has been hailed by Rolling Stone as the greatest concert film of all time.

For the last 12 years, the Denver jamband Polytonic and more than 50 local musicians, including a full horn section have recreated the famous concert on the Wednesday before Thanksgiving. They cover more than 30 songs from the 5 hour original show with musicians coming and going from the stage to take on different roles.

I have been a big fan of The Band since college and brought my son to the show to celebrate the 40th anniversary of the original show in 1976. It was a great evening featuring some wonderfully talented musicians and many in the audience were in full hippie get-ups which added to the spirit of the show. It was our first Last Waltz Revisited but definitely not the last.