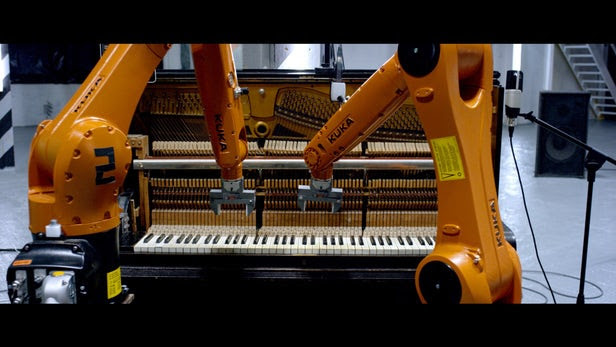 Will Robots Takeover the Music Industry?

Nigel Stanford, a musician from New Zealand, just released a new video from his album Automatica that depicts robots playing all the instruments – guitar, drums, and keyboard. Although it’s only special effects that make it look like the robots are playing the instruments, it brings up questions and visions of what the future of music could easily look like.

We just released our Age of Agility report detailing the rapidly changing workforce, that is increasingly being taken over by automation and artificial intelligence. It highlights the sectors and jobs that are likely to leave people out of work in the coming years, but this music video makes us wonder if the music industry could be included in that mix.